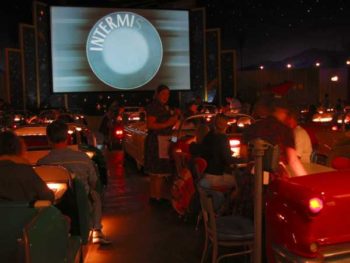 This is a classic recipe from Disney’s Sci-Fi restaurant at Disney’s Hollywood Studios Park in Florida. At the Sci-Fi, patrons can enjoy “good food” while watching “bad movies” while sitting in a car at the drive-in. You can reproduce the effect, I suppose, by nibbling on the following recipe while watching a “classic” like “Plan 9 from Outer Space”.

As of 2009 the restaurant has changed the dip (apparently eliminating Asiago and substituting with parmesan), but this recipe, taken from a Disney planning board, is the original! We’ve made a few minor changes as well.

Now, in a saucepan, add 500mL of 18% heavy cream. Heat, and boil for 10 min. to thicken. Add cheeses slowly to the cream until it is all melted into a creamy cheese sauce. Add the ingredients from the second bowl (veggies and spices) into the mixture. Simmer for a few minutes, then serve with chips.

The dip can also be transferred to ceramic serving bowls, frozen, and later reheated in a microwave then the oven before serving.